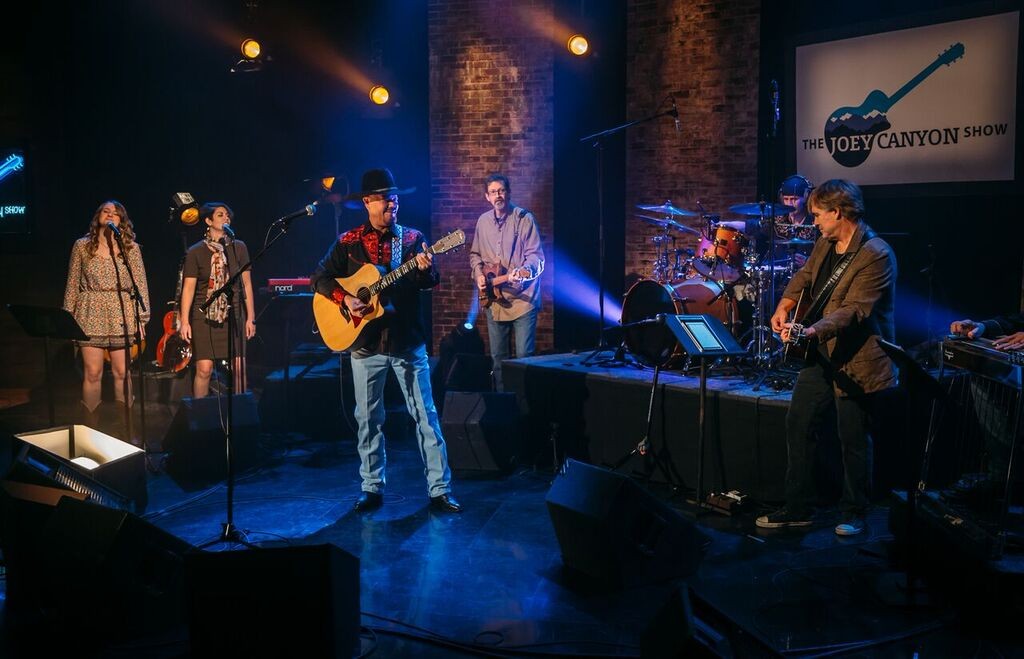 NASHVILLE, Tenn. (December 15, 2015) – Traditional Country singer-songwriter Joey Canyon has just announced the line-up for the first season of his new weekly RFD-TV series The Joey Canyon Show, and the 40 year Colorado native has put together a list of artists that represent the best in the Country Music format.

“When I decided I wanted to do The Joey Canyon Show in my hometown of Denver, I was concerned that artists from Nashville and other places may not choose to come here, how wrong I was,” the singer said. “Every special guest I had on the show was very happy to be in Colorado and was very impressed with the set, the band and how well they were treated, they all were first class as you would expect from traditional country artists!”

The 30-minute series will premiere on January 8, airing each Friday evening at 10pm Eastern / 9pm Central. The first guest will be hit-maker Mark Wills, known for hit singles as “Jacob’s Ladder,” “Wish You Were Here,” and the 2003 number one single “Nineteen Something.” Among the highlights of season one includes an appearance from legendary crooner T.G. Sheppard, 90s Rock duo Nelson, and 1980s hit-maker Sylvia – in the first national TV performance for the ACM-Award winner in many years.

A listing of the musical guests each week includes:

Counting among his musical influences such artists as Vern Gosdin, Marty Robbins, and Waylon Jennings, Joey Canyon’s music definitely features a traditional-sounding lean. He has performed on such hallowed stage as the ACM-winning Palomino Club. His production work has graced broadcasts from NFL Films and PBS, and he has been presented a citation from the Governor of his home state for writing “Save Our Colorado,” an anti-pollution song. His current album is titled The Rhythm Of Livin.’