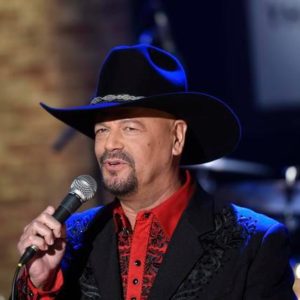 Jimmy Fortune, the day’s musical guest and a member of country greats the Statler Brothers (one of Johnny Cash’s early backing bands), stands off stage, looking a bit confused, while he waits to soundcheck. That is, until a crew member explains this is “reverse day,” in which the cast celebrates the end of taping the show’s first season with clowning and outtakes.

“I didn’t know they were going to do this,” Canyon, 63, admits while laughing and shaking his head, which sports a crisp black cowboy hat.

Canyon’s weekly half-hour TV show, the first season of which began airing on Jan. 8, is unlike anything in Colorado, and very likely the nation. Spiritually and geographically, it’s somewhere between Hollywood and Nashville, between “The Tonight Show” and “Hee Haw.” Canyon calls it a variety show but its format hews closer to modern talk shows with their mix of musical performances, skits and sit-down chats.