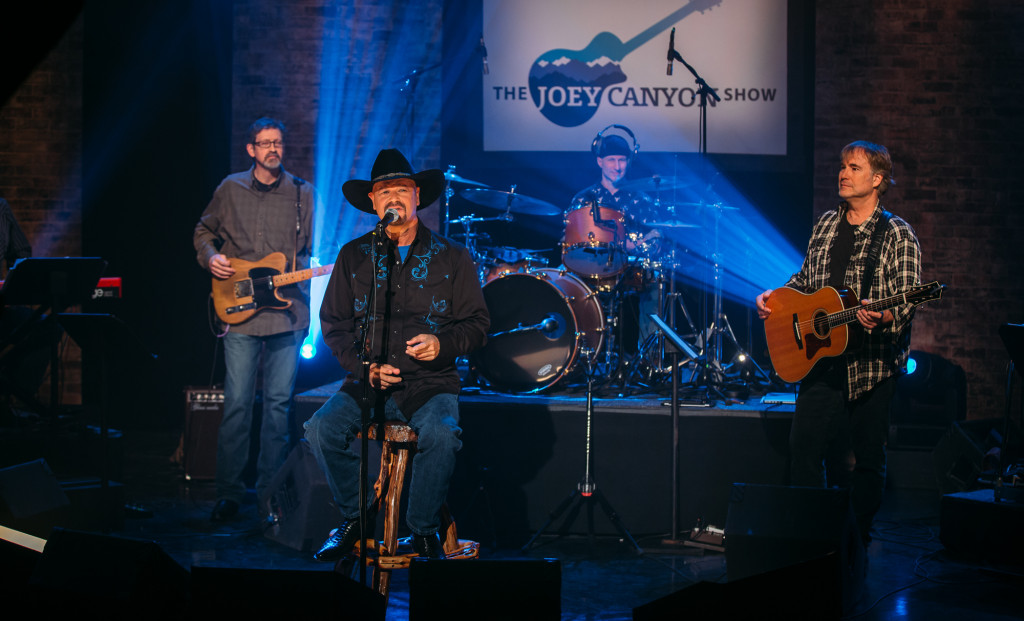 “‘White Limousines’ almost didn’t get recorded, but no one is more happier than me that it went to number one. It has also been a favorite on the mainstream charts so I am very grateful for the honor,” said Joey Canyon, adding, “to win Favorite Country Male Artist is another dream I can now say I’ve achieved. Many thanks to all who voted for me and continue to support along the way.”

This success for Canyon comes in the midst of brand new star-filled episodes of The Joey Canyon Show on RFD-TV. Upcoming announced guests include Ronnie McDowell, Jeannie Seely, Richie Furay, Stella Parton, Pete Scobell, and more! The Joey Canyon Show can be seen on Fridays at 10 p.m. / 9 p.m. CT on RFD-TV. Enter your zip code here to find RFD-TV in your area.

Hosted by Denver’s own Joey Canyon, The Joey Canyon Show aims to entertain fans in a location “where the music meets the mountains.” As a traditional country artist, Canyon has made it his mission to showcase artists that he loves, while also showing off his homeland on a bigger, national scale. The Denver Post took readers inside the studio for the final day of tapings for season one, which will air later this year. The show is also co-hosted in season one by country singer/songwriter Dean Miller, who is the son of country chart-topper Roger Miller. NASH Country Weekly featured Joey Canyon and the show in the April issue of the nationally renowned magazine.

Upcoming NEW Episodes of “The Joey Canyon Show” Include:

The 30-minute series began airing in January and airs Friday evenings at 10pm EST / 9pm CST. So far in season one, the show is co-hosted by Dean Miller and has featured artists like Mark Wills, T.G. Sheppard, Wynn Varble, Irlene Mandrell, Highway 101, Moe Bandy and more.

“The Joey Canyon Show” airs in over 65 million homes nationwide on RFD-TV. The program is carried by Comcast, Direct TV and Dish. Comcast Entertainment Television (CET) also carries the program locally to 1.25 million homes in Colorado and Utah.